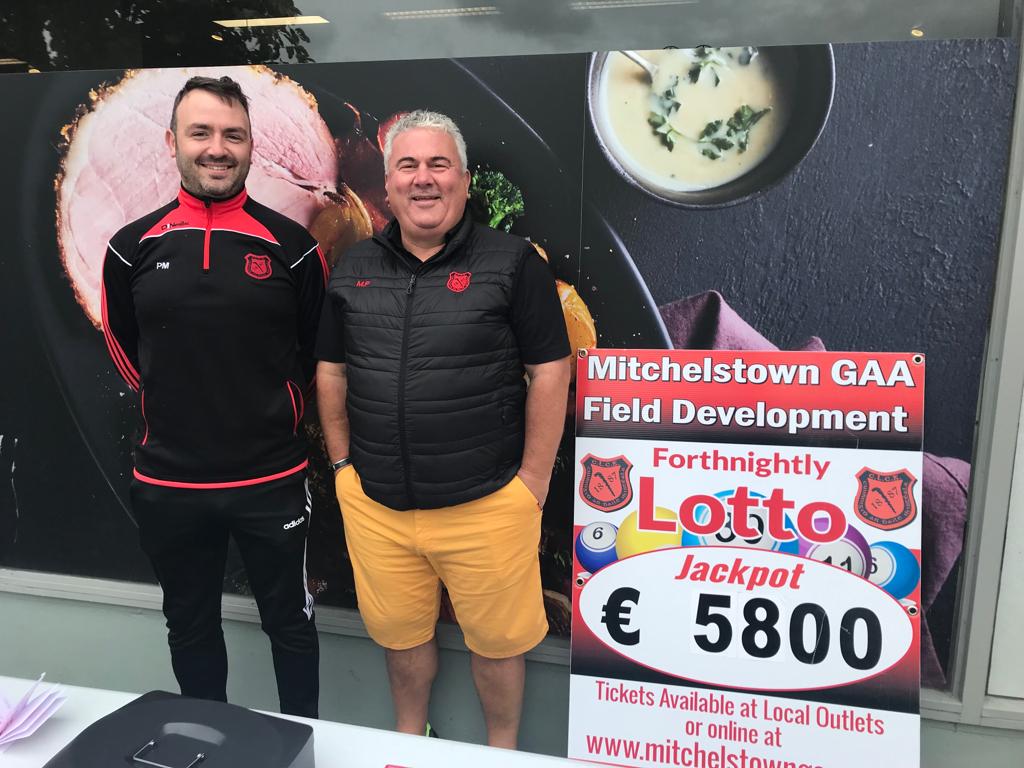 league away to Na Piarsaigh tonight Thursday June 23 rd with throw in at 7-30pm. To qualify for

do and even then one of Knocknagree,Castletownbere or Bishopstown would need to drop points in

on Thurs August 11 th . Persons who have previously played or sponsored will be contacted in the

up very early. Teams are again €150 for a team of three which includes goody bag, full meal and the

opportunity to play on one of Munster’s finest parkland golf courses. Tee box, longest drive and

Finn Kilshanna. Tickets can be purchased at numerous retail outlets, outside SuperValu on Saturday

July 2 nd or by logging on to https://mitchelstowngaa.com Next draw on Thursday June 23rd with a

League and fixture will be announced shortly.

face Dublin in Croke Park this coming Saturday June 25 th with throw in at 6pm.

complete a double in hurling and football.

award for his services to all the underage teams down through a lot of years.

Glanworth church followed by the interment of his ashes in St Dominic’s Cemetery. Dave played

intermediate football with Mitchelstown in the early eighties. To his immediate and extended family,

we offer our sympathy.