Mitchelstown Gaa footballers sprint the distance from Mitchelstown Gaa grounds to Pairc Ui Chaoimh for Special Needs has surpassed all expectations as at the time of going to press it had reached €7,300. The club and Special Friends are indebted to the people of Mitchelstown and surrounding areas and in deed people from further afield who donated through the Go Fund Me page and sincerely thank each everyone for the kind donations, the Go Fund Me page will stay open until this Friday May 15tth

Mitchelstown and the Cork Connection.

Since then Mitchelstown have supplied players at all grades and along with the players mentioned above the early years had Michael O Hea John Dullea, Jackie Barrett, Donal Scannell and Paddy Fitzgerald all wearing the red at junior level. The fifties saw Billy Whelan Liam Power, Noel Kelly, Noel Curley, and Paddy Tierney wear the famed red jersey. Mick Burke and Ned Coughlan and Bob Honahan and John McGrath also wore the jersey in the sixties both winning an All-Ireland in 1964. . In later years Dave O Sullivan who won a junior All Ireland in 1984, Mike Shinnick, Stephen Fox, Shane Beston and Fionn Herlihy were prominent. Mitchelstown were also represented at senior level beginning in 1912 with James Ryan, Michael O Brien Snr Chris Ryan, Tommy Kent, Liam Power winning an All-Ireland in 1955, Mick Burke, Ned Coughlan, Mickey Mullins and Mick Beston. also wore the jersey at championship level. Liam Power and Mick Burke played for Munster in the Railway Cup competition.

The contribution at minor and u21 level began in 1938 with Pierce Ryan and Billy Hedderman lining out in 1938, followed by Fintan McCarthy in 1939. A gap ensued until the 50’s, John Joe Condon in 1950 was followed by Liam O Dwyer who wore the no 1 jersey. 1958 saw Mick O Brien played for three years 1958-60 and Mick Burke for two, a rare achievement with both winning Munster medals.

Ned Coughlan and John McGrath also lined out in 1960 with Mick O Brien but it was one year later that Ned Coughlan created history when he captained Cork to win the All Ireland Minor championship. John McGrath, and the Monaghans Tom and Ned were also members of that team with Jackie Barrett acting as selector. Emmet Fleming   brought home a celtic cross in 1967. Seamie Fitzgerald played 1970 and 71 winning a munster medal in 71. Mickey Mullins has the unique achievement of playing in four consecutive Cork minor football teams and playing in each year. Winning an All-Ireland in 1974.  Jerry Ahern (1973) , Ger Mulcahy  (1976) Mike Shinnick 1976 and 77)  Mick Griffin (1976)  and Ken Molan  and  Martin Dorney (1978) also represented town.

A ten-year gap ensued until JJ Sweeny, John Barrett and John Donegan played in the late eighties with Donegan playing in both 1988 and 89. Mick Allen was on the hurling and football teams of 2003. Kevin O Gorman (2007(, Pa McGee and Shane Beston (2008) also wore the red.

The u21 teams had Ned Coughlan, T Monaghan, J McGrath, Mick Burke, Mickey Mullins, Ger Mulcahy, Martin Dormey, John Barrett, Shane Beston, Mark Keane Sean WALSH, Sean O Sullivan and Cathal O Mahony with Dorney, Barrett and O Mahony winning All Irelands. The above is only a stab at Mitchelstown players who played championship for Cork down through the years if if anyone has been forgotten I sincerely apologize 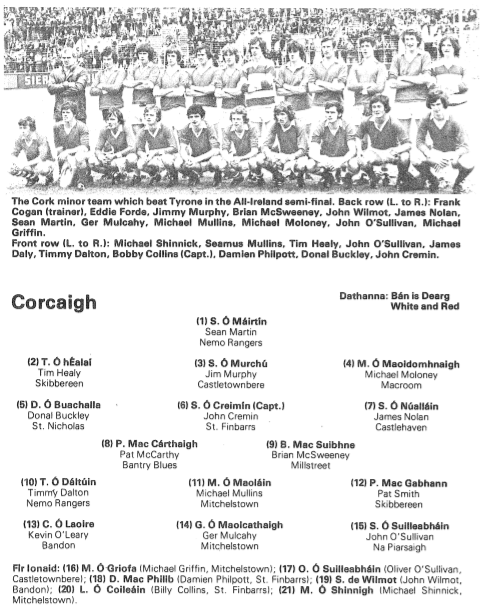 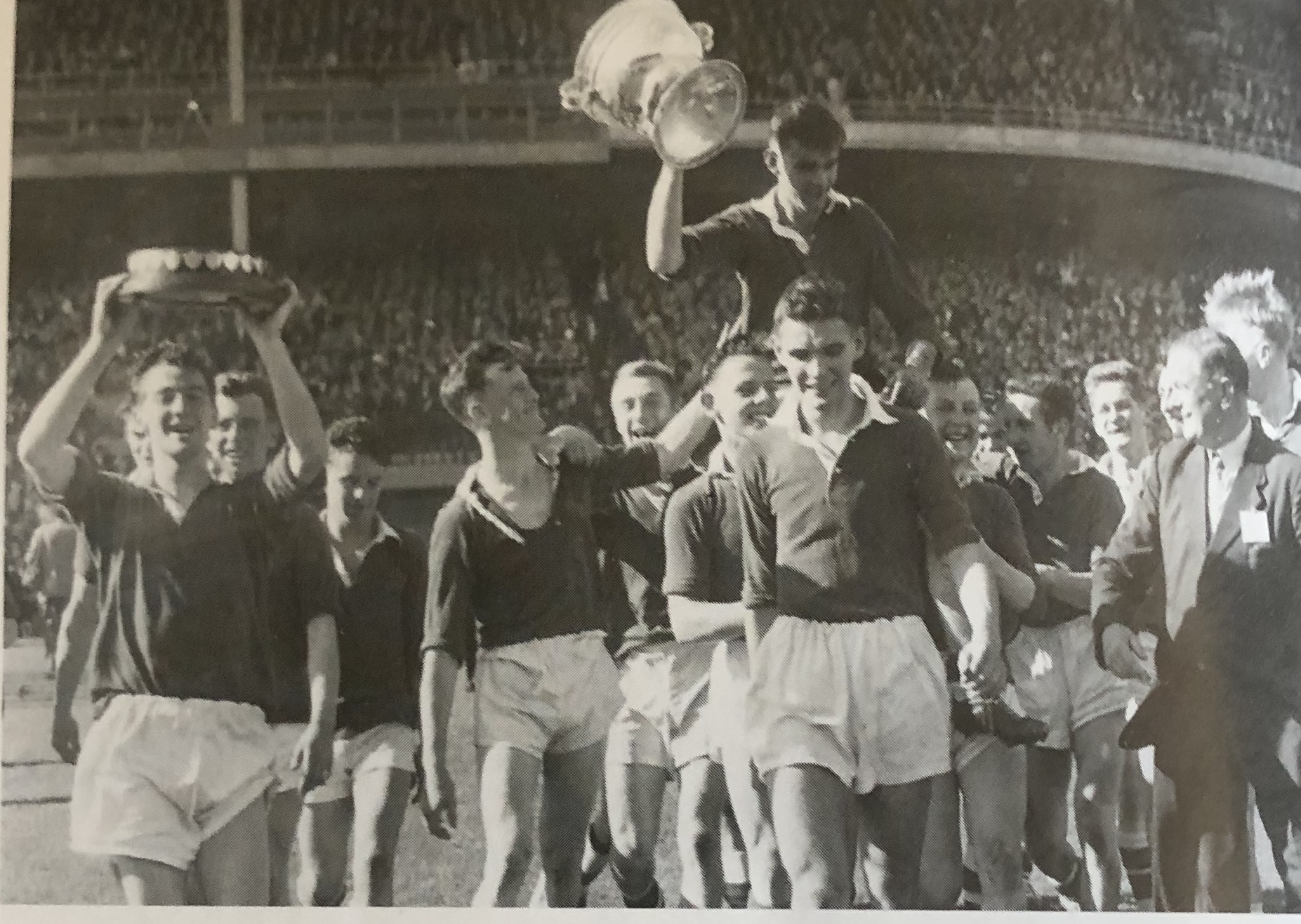