Mitchelstown have only two county junior championships the first in 1961 and the second 52 years later in 2013.

Mitchelstown began 1961 with high hopes as they were county runners up in 1960.

The opponents in the opening round of the championship were near neighbours Glanworth who were disposed of on a score of 1-11 to 0-4. The next outing was against Kilshannig and in a game played in Shanballymore Mitchelstown were convincing winners 6-15 to 1-05. Grange were cast aside in the semi-final to qualify for a tilt at Abbey Rovers in the final. Mitchelstown had to line out without Mick Burke and Tommy O Brien in the final in team which saw regular goalkeeper Liam Power moved to corner forward during the second half, a move that proved top class as he contributed three goals in a 5-10 to 1-03 victory.

Castlemagner proved stiff opposition in the county quarter final and it was tit for tat for 50 minutes until a goal by Mick O Brien followed by two from Tommy O Brien saw town progress. Mickey Barrett’s contribution of 2-06 in the semi-final against Kinsale had Town in the county final for the second year in a row.

The final opponents O Donovan Rossa of Skibbereen proved a right handful in a final played in atrocious conditions on December 10th. Mitchelstown playing with the wind and rain held a slender half time lead of 1-05 to 0-03. As in the North Cork final Liam Power was once again switched to corner forward and move which saw Ned Coughlan, Noel Curley, Jack Clancy release the ball to Liam Power who drove an unstoppable shot past the O Donovan Rossa keeper to see Mitchelstown win its first ever junior football county championship on a score of 2-08 to 2-04.

The players were given a rapturous reception on their return with bonfires along the way and a motorcade of supporters waving the red and black. The CBS Recorder Band played a musical tribute as team captain Noel Curley held the cup aloft.

It would be hard to believe that 52 years would elapse before Mitchelstown would achieve its second county junior football championship. Like the 1961 team the 2013 team also lost a final (2011) before their success.

Having been defeated by Ballyclough in 2012 on a day in which the shooting boots were left at home they once again provided the opposition in 2013 but this time Mitchelstown made no mistake winning on a score of 0-23 to 0-14.  Mallow were easily brushed aside in the quarter final (2-20 to 0-05) to set up a semi-final with neighbours Kilworth. The journey to Araglin proved fruitful with town winning 0-14 to 0-06. A Buttevant team who had been knocking at the door for some time proved tough opposition in the final played in Kilavullen and it was only in the latter stages that Town tagged on scores to win 0-15 to 0-07

On Sept 6 Kilmichael were defeated in the county quarter final 2-09 to -1-06. A long wait ensued until our next outing on Sat Nov 2nd, Glenbower providing the opposition and were defeated 0-11 to 0-08. One-week later St Colums were the opponents in terrible conditions in the county final.

Conditions and the closeness in colour of the jerseys had both teams making numerous mistakes with Mitchelstown taking the lead after 10 minutes only to see St Colums goa within a minute. Mitchelstown tagged on some points to leave the half time score 0-05 to 1-01. Mitchelstown once again raised white flags only to see another St Colums goal followed by two points saw the team’s level with 60 minutes on the clock. Mitchelstown were awarded a free near the sideline at a tight angle, but a youthful Jimmy Sheehan split the posts. From the resultant kick out Dave Dineen won a great ball and raised the last white flag to end the famine on a score 0-12 to 2-04. Team Luke Hannah, Sean Coughlan, Fionn Herlihy, Mikey Maher, Owen Burke, Steven Fox, Pa Molloy, Laurence O Flynn, Dave Dineen (0-1), Michael Walsh (0-1), Shane Beston (0-4), Jason Cott, Jimmy Sheehan (0-2) Shane Cahill (0-3) Jamie Finn. Subs used Anthony O Brien for Jamie Finn, Paudie Donegan for Jason Cott

Mitchelstown went out to Keel of Kerry in the first round of the Munster club championship by 0-11 to 0-3 the following Sunday in Fermoy.

The club extends its deepest sympathy to the Kenneally family Ballinabrook on the death of their mother Catherine. Catherine and her late husband Jerry were huge followers of both hurling and football and club and county level. May she rest in peace. 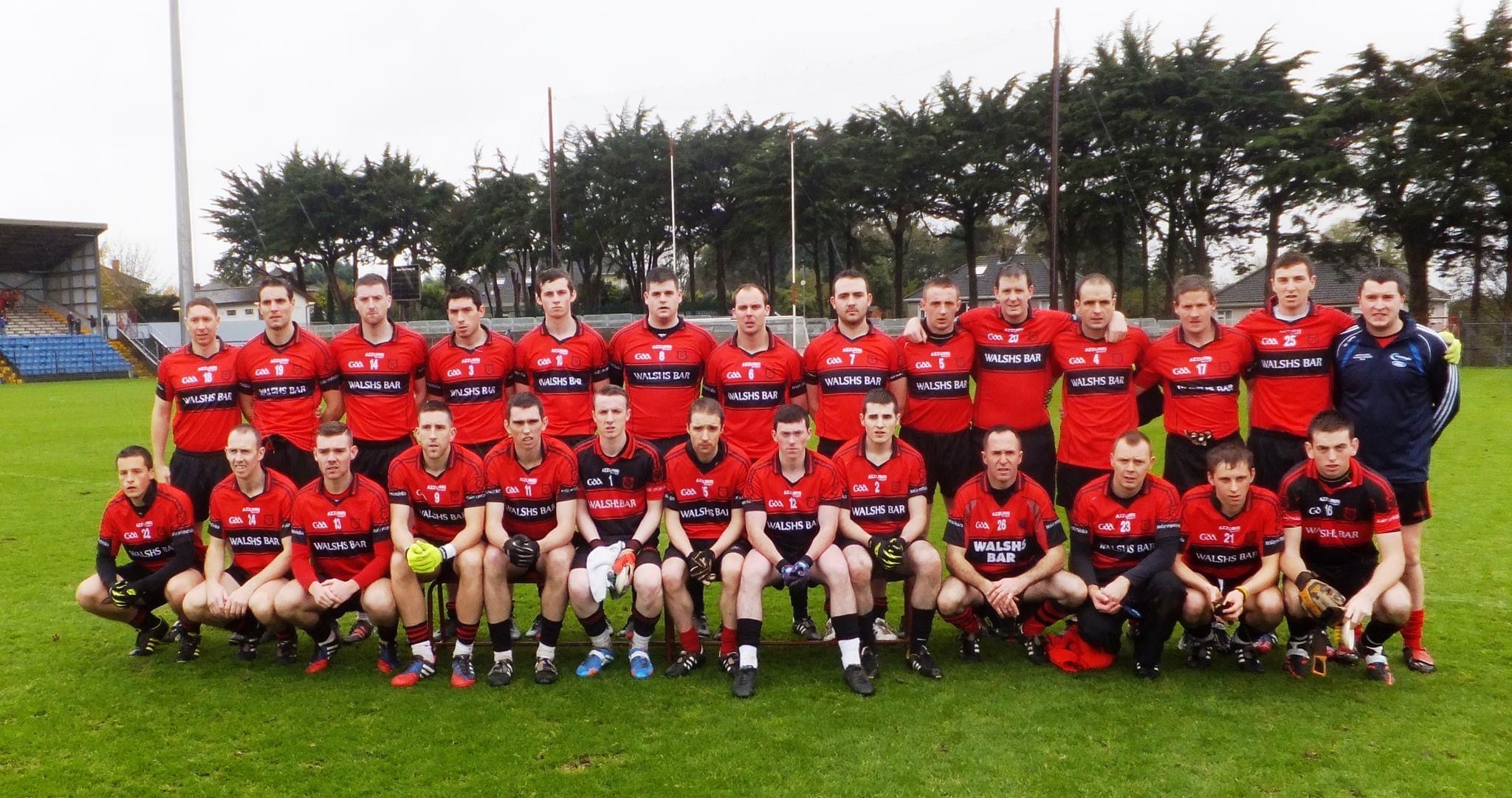 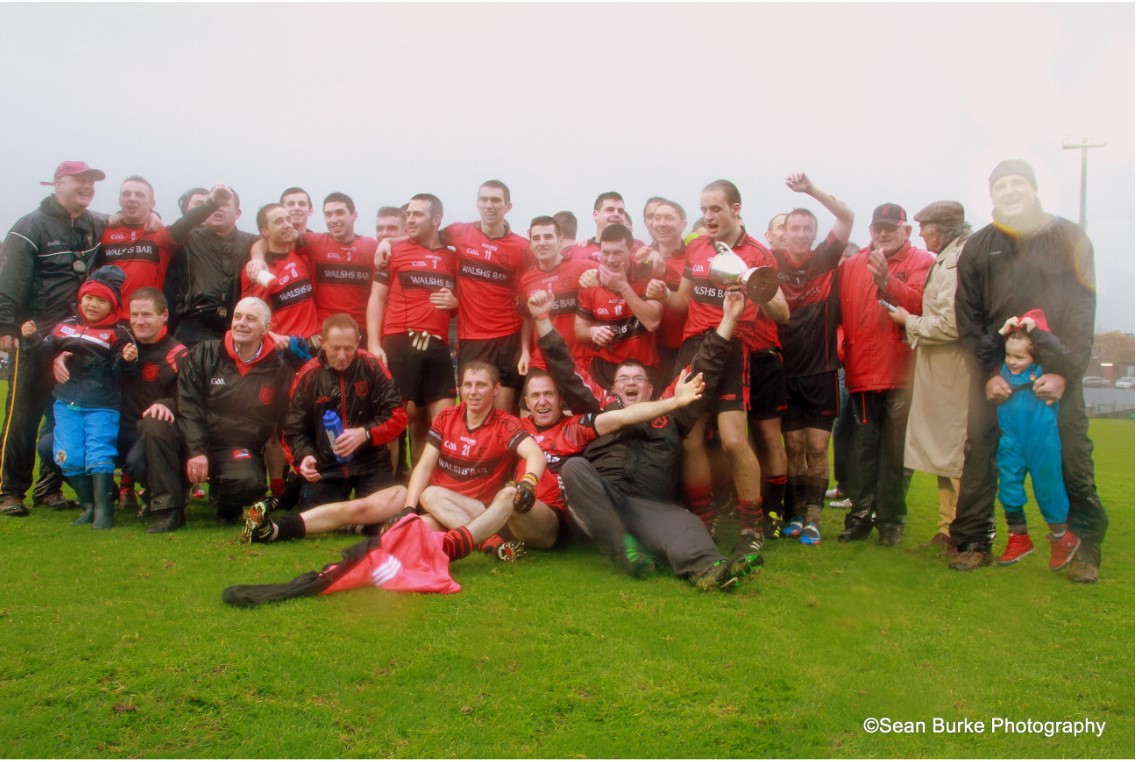 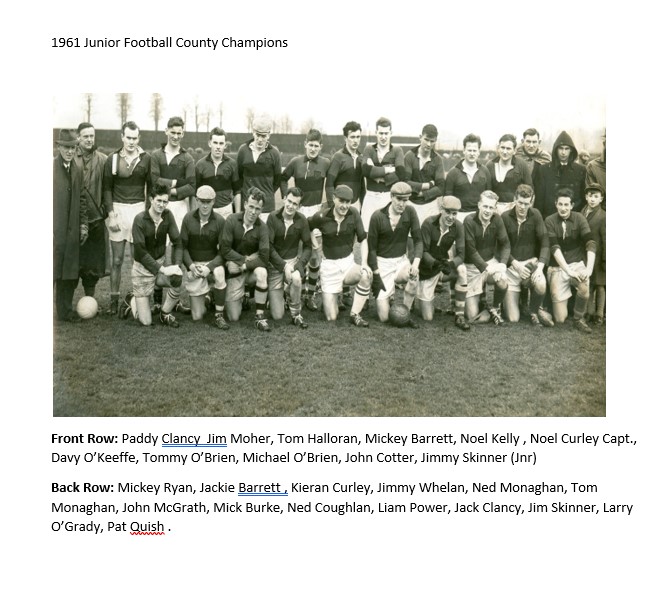 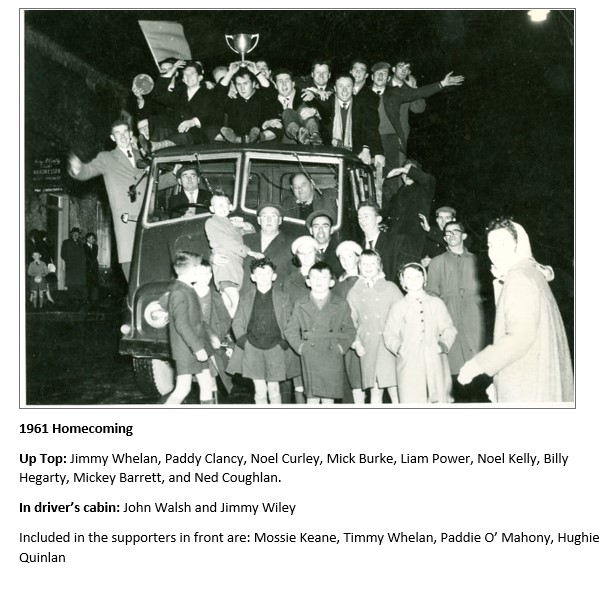