Mark Makes His Debut For Collingwood 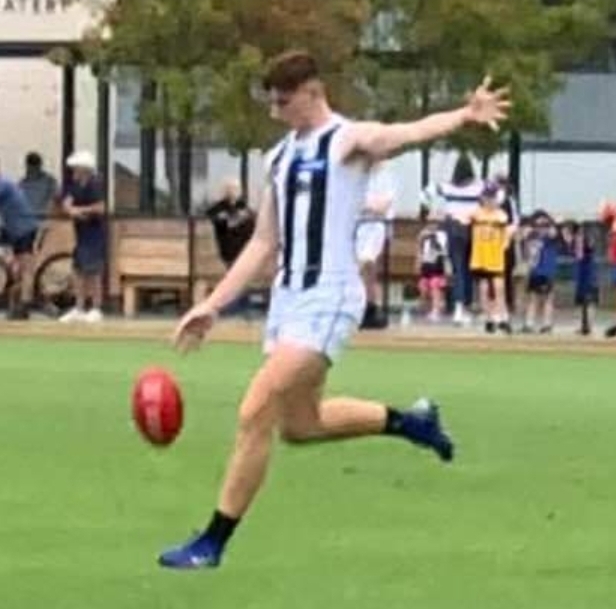 Mitchelstown's Mark Keane made his debut today as Collingwood’s VFL pre-season began with a draw against Northern Blues.

After trailing for most of the match, the Magpies appeared to have clinched a late win when Irish draftee Anton Tohill scored an opportunistic late goal to put his side in front by a point.

But a late behind from Northern ensured that the scoreboard finished knotted at 7.4 (46) apiece.

Max Lynch was impressive early for the Pies, kicking goal to go along with impressive marking around the ground. Josh Daicos was constantly busy around the ball, while Isaac Quaynor showcased the dash from defensive-50 that will likely soon be his trademark.

As the score suggests, Sunday’s game was far from the most free-flowing encounter. A combination of wind, light rain rusty skills at the early stage of pre-season resulted in what Collingwood coach Jared Rivers described as a “scrappy affair.”

“It was the first game, everything was messy at times,” Rivers said post-game.

“Neither team had a lot of free-flowing footy or marks inside-50, it was just that type of day.”

Rivers credited the improvement of his midfield group as the key to his side’s second-half turnaround.

“After the boys really lifted around the pill,” he said.

“I reckon in that second half we had the ball a lot more in our forward half which was the way we want to play.

“It was pleasing to fight back and scrape in for a draw, but things form the game that we’ll learn from.”

Unfortunately, the Pies didn’t escape the match unscathed. Ben Reid wasn’t seen after quarter-time as he nursed a quad injury. Captain Jack Hellier left the ground late in the final term after hurting his knee.

The extent of both of the injuries won’t be known until the pair undergo scans during the week.

A total of 11 AFL-listed players were named in the 23-man squad.

Quaynor was joined by fellow 2018 draftees Atunasia Bosenavulagi, Anton Tohill and Mark Keane, all of whom made their first appearance for the club.

The full squad was;

All at Mitchelstown GAA are very proud to be associated with Mark & we wish him continued good fortune as he makes a go of his professional career in AFL.

Hopefully St. Patrick's Weekend will bring him his first victory down under as Collingwood’s VFL pre-season continues on Friday evening as it hosts Coburg at the Holden Centre.