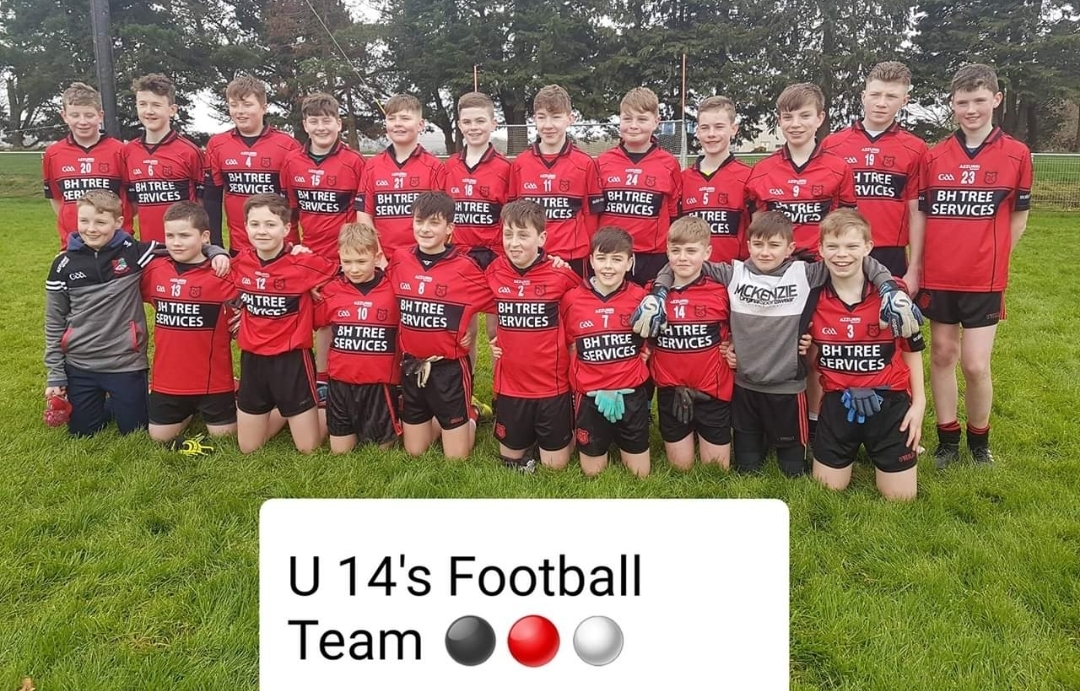 Mitchelstown's u14 footballers got off to a winning start earlier today in their first league game at home to Liscarroll/Churchtown Gaels.

Straight from the throw in, the town midfielders gave quick ball in to the inside forward line , who quickly put the ball over the bar. From there on the town boys were well on top in the first half.

With a panel of 21 , we were able to give everyone some valuable game time. The 2nd half continued in the same vein as the first half with town well on top & there was some great passages of play from all with great movement & excellent kick passing leading to some great scores being taken. Overall it's only our first league game, but there was evidence that this group of players are improving with each game they play.

Once again thanks to all who came out to support the lads.

We'll done to the team on a great win & to their management team who are putting in a huge effort to ensure that the lads are enjoying their sport.

Don't forget that the u18's are in
League action tomorrow v Kilara Og at 2pm in our Limerick Road grounds.

Your support would be appreciated.